Come on… Al-Rahman al-Rahim allah al-Razqna Tawfiq Shahadat fi Sabilak in the name of The Merciful God in the name of God the Oppressed and in the name of the God of martyrs. The whites end and the blackness begins, and the sun of my life, which has not set for a few springs, and I hope that this sunset will lead to martyrdom if God wills, and I do not know that sacrificing his life on the way… And the higher goals of Islam, which are the goals of Imam Khomeini and are considered martyrdom in the way of the nation, now that I am going to the battlefield in the hope of the victory of Islam and Muslims, I will give up my last bullets and take the last breaths that if I can eliminate the infidels and the ajnab. Revolutionary and committed compatriots: Be smart that foreigners do not take advantage of the opportunity and I ask you not to leave Islam and dear leader alone and always read the Quran and with the help of… And the efforts of the Imam and the efforts of all brothers and sisters will prevail over all enemies.  Dear nation, I ask you that your slogan is always party… The party… And the peshmerga of the soul… And death to the United States and the Soviet Union and death is a compromise, and I demand that you send the line of compromise to the grave of history forever, dear nation, support the Islamic Revolutionary Guard Corps and the Revolutionary Guards, and as Imam Aziz says, "I am satisfied with the Revolutionary Guards": My brothers read and use 5 verses of the Qur'an every morning by translating it and always fast one day a week and Try to pray at the beginning of the time and in the congregation, because the reward is greater. Strengthen your relationship with the dear nation and do not separate from the people and rely on weapons to confront the enemy and always use the force of faith and the invincible force of the people and the party… Use and your motto is The Guardians of the Soul… The Peshmerga of the Party… And the party… He fights, dies, does not accept compromise." Your treatment of good people and school and do not treat the enemies and counter-revolutionaries, compromisers and hypocrites softly and simply because they are worse than Satan. Don't one day people will be pessimistic about you, because if people are not supporting us, the Irgc should also be eliminated, dear brothers, use the 16-point message of imam's self-building and if you can fast for me for 5 days. Thank you Mother: Goodbye, can I forget your kindness that lies under the ashes, my mother goes to a place where everyone goes, instead of going to the beginning of a new life and saying goodbye to you… I'll tell you to be happy! Dear mother, do you know what something that values life? faith and belief in needless origin . Anna Laleh and Anna Elieh, we return to her as we come to never give up hope and do not despair because Jasmine is death, I am away from you for a while and traveling in an eternal way, dear mother, I do not know what expression to bring your loves to paper, I say farewell to you and I ask you to bring my brothers with my love. The path of Islam and all four people wear combat robes and send them to the front and I want you to achieve the honor of martyrdom for the sake of God and for the sake of the pure religion of Islam do not cry for me. I am the son of a parent whose first Imam is Ali (a) and the last of them is Imam al-Mahd (a). My kind parents and dear brothers, I am your representative in these trenches, which is the bastion of Islam and the Qur'an. Father, I am fighting for Islam and inshallah… By the grace of God, if I am martyred, do not cry for me because this is a blessing and I hope that it will reach everyone and I have reached my best palate which was martyrdom in the way of God, and so I expect you to be a father like Ali (a) and I ask you not to give me a funeral because thousands of people have fallen on the battlefields or fallen prey to birds. The hope of globalization of the Islamic Revolution of Iran led by Imam Khomeini insha… Hail Khomeini, leader of the World Muslims, hail to the martyrs of the continuation of the path of Hussein, greetings to Dear President Hojjatoleslam Khamenei, Death to The United States over the Soviet Union death to Israel, death to the hypocrites death to Saddam Yazid, and Salaam Hadi, the young magistrate, 12/10/1981

One of ferdows's retired Revolutionary Guards brothers quotes that when we wanted to level the ground for the construction of ferdows land martyrs' farm in the east of Behesht Akbar Cemetery (the current location of the martyrs' farm) together with martyr Hadi, the young magistrate was leveling the land, while no one still knew what we were doing! We were supposed to put a limited land for the martyrs' flowers.Half an hour that we worked, the old man riding a motorbike came from the people of Islamiyah and said to take the golzar of martyrs wide! We said, "How do you know that …….?!? He said: Last night Bi bi-Fatima Zahra (PBUH) came to my wife's sleep and said, "Order zamin gulzar to take the martyrs wide! Al-Salam Alik or Fatima al-Zahra (a) quoted ravyonline.com 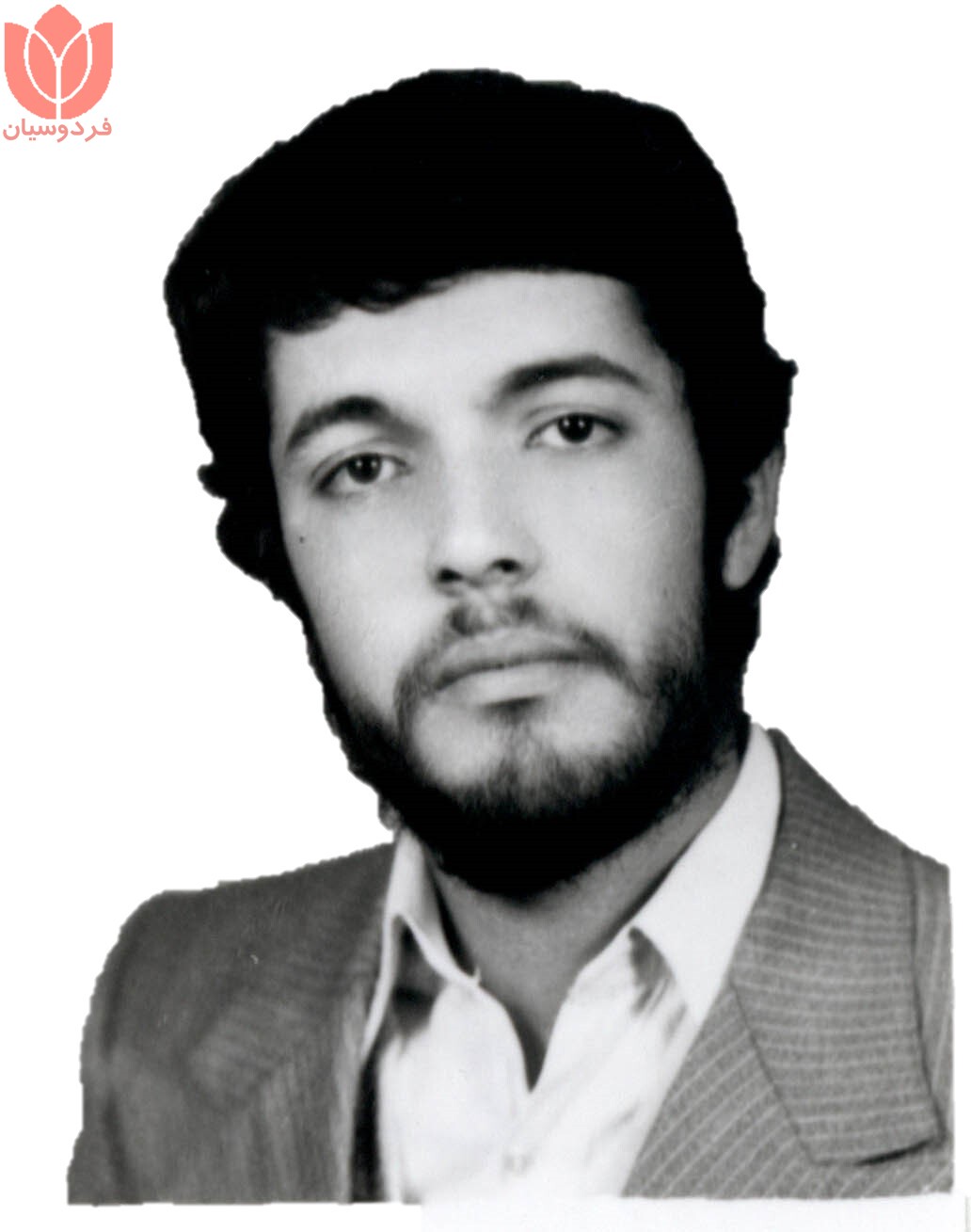