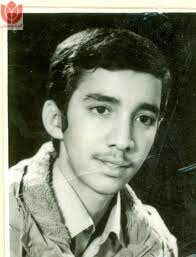 Memories: Quoting the site of Tasheda, the first memory of the night (65/04/10) when the operation began and the Forces of the Islamic Revolutionary Guard Corps succeeded in winning, Hossein and I were stationed on the hill 173 and we were digging the trenches, the amount that Kandam Hussain got tired of and said this side that I am doing is very solid. lets replace us . I said it was okay that as soon as we replaced us, after the moment a bullet fired directly at the enemy tank, advancing towards the hill, exploded next to the trench, i.e., the same side that Hussein was, so that I couldn't see anywhere in the middle of the dust, and after the moment the dust fell, I saw Hussein from the head of the case. he was hit by a shrapnel and he fell prostrate in the middle of the trenches , i lifted him up . His lips shake, and the next moment, he goes to the… Attachments. Narrator: Habibollah Dabbagh

The second memory of the night of Operation Karbala, a comrade ahmad Aga Khani who has been martyred, his soul came happy before the martyrdom of our house and was very, very upset about his martyrdom and did not talk about the fruit and tea we brought him, did not eat. we said : tell me about hussein . you were his same old and adoptive brother . Hussain told me on the night of the operation: "Ahmad, I will be martyred, go to our house, from my parents who are safe, but console my brothers and say that your son was martyred. Whenever you go to Karbala, say my greetings to Mr. Ababeda… (AS) And say that my son would love to hold your six-cornered grave, but now he is not among us. Narrator: Mehdi Dabbagh

The third memory of the time Hossein was sick, we took him to the doctor. The doctor said: 'He has heart discomfort and you have to operate on it. If you want to act on him. To take it abroad, it's 50 percent good and 50 percent doesn't heal. But it's hard to act here. The other is that if he stays so tall, Hussein, who had heard these words, told me to go to the shrine of Imam al-Rida (a) so that the gentleman would heal me. During the school holidays, I took him to the shrine and got involved. When we came, I said to him, "You have healed, and so have you." When I took her to the doctor for the second time, she said, "She's healthy and she's okay anymore. When they brought the martyrs, he told me, "How good would it be, I would grow up and grow up and go to the front." I told him: "Don't grieve, mother, you will go to the front and you will be martyred." And he went to the front at the age of 16. Narrator: Batool Tavassoli