Shahid Mohammad Esmaeil Yousefian was born on April 23, 1960 to a religious family in the village of Boron Ferdows. He spent his childhood in his hometown and went to school at the age of 7 to learn science, but he attended the fourth grade of primary school because of financial problems and then worked to provide for his family's livelihood. At the age of 16, Mohammad Esmaeil moved to Tehran to train in straightening and car painting, and then worked in Mashhad for two years, then returned to Ferdows, where he worked and acquired. Mohammad Isma'il, whose adolescence coincided with the beginning of the Revolution movement led by Imam Rahel, began to become familiar with this divine movement in 1977 and 1979, after which he actively participated in rallies, anti-regime ceremonies, and the distribution of imam's leaflets. After the victory of the Revolution in 1979, she married, which coincided with the imposed war, prompting her to go to the front twice through the mobilization of the Revolutionary Guards. After that, he prepared himself for conscription and joined the training barracks of the Shiraz Airborne Brigade and after passing the training course in the southern region, he was busy guarding the Islamic World until he was finally shot by the enemy directly during the Operation Fatah al-Mubin on March 24, 1982. After a magnificent funeral, the body of the martyr was buried in The Paradise of Akbar in Ferdows. his soul is happy , his memory cherished and his path is cheeky . A memory of the martyr's brother, Mohammad Isma'il Yousefian: I remember that the Ba'athist enemy had just attacked areas of Khorramshahr and the news of the martyrdom of The Warriors of Islam in these areas gradually became everywhere. One day, Mohammad Ismail gave everything he had saved through business to help the fronts to the committee brothers, and he went to war zones with 15 fighters, and I was with my brother on this deployment. Mohammad Isma'il, who had a strong motive for defending Islam and the Qur'an, told us that in the battle of Ashura, most of Imam Hussein's companions were young and strong, and that we who are young, who will defend Islam if we do not defend Islam. After my brother's first deployment, which had voluntarily gone to the front, a month passed, and he was sent to military service, and when his training was over, they told him that a friend of yours had been working in the garrison bakery, and you would stay here to protect Janet and not go to the front. He had responded immediately that at this time other people could do these things as well, and we, who are young, should be present on the fronts where I and my kind are needed, and finally my brother was sent to the front several times with his love and interest in jihad in the way of God and achieved his dream of martyrdom in the way of God.

Text of the will of Martyr Mohammad Esmaeil Yousefian

Come on… Al-Rahman al-Rahim, I am a conscript of Muhammad Isma'il Yusufian, writing my will. I tell my parents and family to be very happy and smiling if I am martyred. because martyr is the heart of history . If I am martyred and if you get my body, bury me near Mojtaba's grave because I know he would be very happy that his uncle had been martyred, and I tell them from friends and friends who know me that they are fooled by these groups who commit any kind of crime with a strong fist and I loved martyrdom very much. i hope to get to salem . You don't know how good it is to be martyred, I ask the people of Ferdows not to stop fighting and to continue the path of these rosy martyrs and not to be afraid of death. I hope that with our martyrdom, the way of Karbala will be opened, that they want to go to visit Hussein b. 'Ali (a) only to remember us martyrs. And I hope that soon they will take the flag of Islam and understand the meaning of Islam to these counter-revolutionaries. Other Bye-Bye- Wessam dated 25/09/1981 Front Of Susangerd Mohammad Esmaeil Yousefian 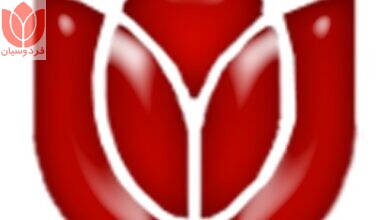