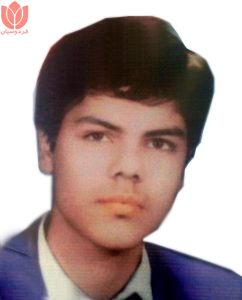 Saber's Will Come on… Al-Rahman al-Rahim Voltblonkum Shi man al-Khaf and al-Ja'aw and defects I al-Amal, al-Anfs, al-Thamerat and Bashar al-Sabrin. Al-Dhayn Aza, the most important hit of qaluwa is Anna Laleh and Anna Elieh Ra'anoun. Olak against me , my salavat , rabham and rahma and olak also al-mahtdun . Al-Rahm Zaffi, the heart of Mohebba Ali ibn Abi Talib al-Hamm, either heartfelt Mahba Fatima al-Zahra. In the name of O… Crushing the oppressed and the helpers of the oppressed and in his name who know the secrets and accept the repentants and forgiveness of sins. Greetings and greetings to the savior of the world of humanity, the promised Mahdi (aj) and greetings to the great Imam and the guide of the Ummah of Mahdi, Khomeini the idol breaker and greetings to the martyrs always alive history. God, I read from the bottom of my heart to open the doors of your mercy to this sinful and inspicious servant, and to show grace to someone who has no hope but you and sees no refuge but you. barals , i want to go to your door and have fun . to reach my cry and to keep me from the violence you have suffered for your enemies . Gods! Many times you covered my slips and I opened up to rebellion and God you know that my misdeeds were not out of arrogance but because of ignorance and ignorance. God, I did not understand your anger and resentment, and I hoped for mercy and forgiveness, or else I would not have stood by your command. With a heavy load full of sin and while I can't pull it and I'm afraid of a little luggage and difficulty of accounting and I enter your doorway. and i want your forgiveity and i fear justice . How beautiful is the speech of Mawlav Shafiman Ali (a) who said: "And the sacrifice of Ali al-Karim other than my descendants, al-Hasanat and the heart of Salim Wahl al-Zad Aqbah, the whole object of Aza Kahn al-Wuqood Ali al-Karim, however, on the holy war and defense: Today, global arrogance has risen with all-out force against the Islamic Revolution, creating divisions and creating economic and social problems and an atmosphere of skepticism in the public among the public trying to separate the resilient people from the revolution. He has an Islamic magnificent and on the foreign front, with Hujum from the borders of earth, water and air, and an arms embargo and … The idea of bringing down the revolution and drying up the resilient roots of this Muslim and revolutionary nation. But the arrogance and servants of his head know that the purpose of this nation is to seek god's pleasure and fulfill the divine mission and defend the deprived and the weak, and that apparent defeat and victory do not affect their iron will. Yes, they are Hosseini and see God as their helper and follow the original line of the Great Leader of the Islamic Revolution, Imam Khomeini. Now our war is to defend the oppressed and the deprived and defend Islam, and the fronts are the possibility of fighting and lining up the party… And the Army of Islam is against disbelief and hypocrisy, so according to the verses of the Qur'an and the words of the Imam of the Ummah, as long as there is sedition and oppression, it is our duty to continue the uprising and battle to provide the ground for the emergence of Imam Mahdi (a.s.) and with his uprising, the foundations of oppression and disbelief will be uprooted and replaced by the rule of divine justice. And in the implementation of imam's guidance, he did not weaken and relying on divine power and self-purification, made our Islamic country in the field of religious, industrial and economic expertise and. . Needless to see the true slogans of the Islamic Revolution in order to defend the deprived and oppressed of the world in the distant future. My dear parents thank you for the great efforts and suffering you have suffered for me, and if I have caused you any distress, you will forgive me. Father, I was not a good child for you, and I was lax in acting on your advice, and I may have made good for your heart and my dear mother's heart, which is… god has passed through my faults . Days and nights passed and I was not fed up with your love, but alas, I could not express my heartfelt feelings. As you know, because this was a strike dispatch, I couldn't get to say goodbye to your service and see you again. you will forgive . My brother and sisters: Remembering the memories of the past and your love and goodness fills my heart with joy and I am ashamed that I have not been able to give the right to brotherhood, in the will of… to be successful in the affairs of your world and the hereafter . I am borrowing 26 days from the holy month of Ramadan, and the 19th day of the nizri fast, which is the will of… You will accept the hassle and ask you to pray for me for the forgiveness of my soul on Friday nights. About the equipment or if anything else that I owned my dear father will decide and give the amount of money that I have to the front. I apologize to all those who have a right to my neck and god forbid I have seen evil from my servant or have failed them, and I hope that they will forgive their greatness. If… Ahmad Reza Saber 2/4/1988

Ahmad Reza's first memory was injured because of the severity of the injuries he could not go to the mosque. One day we were praying at home together when the prayer was over, I got up and went to the food and I was afraid to burn Ahmad Reza grabbed my hand and said, "Why did you get up early and do not follow the prayers whenever you want to visit the kitchen, but there is not always time for following the prayers." Narrator: Zahra Zakir

The second memory of the day after Maghrib and Isha prayers when all the family members were gathered at my father's house, we were talking about Ahmad Reza's marriage, my older brother told Ahmad Reza what your conditions for marriage were? When are you going to take me out of solitude and bring us a place, AhmadReza said with a smile, "What are your conditions for someone who wants to be my wife?" Because the returned fortune that wants to be my wife must go through a few filters that you are, so that it is my turn. Secondly, what I am saying, considering that I am a student, may not be devoted to you. You do what you can to announce the final result I told you, each of us said something and we were plotting for the future bride, suddenly Ahmad Reza got up and said with a laugh that as you talk to the result, the opportunity is lost and he left the house and insisted that we return him to know what his heart is. But AhmadReza said: "I have found my beloved, when you have concluded that I will introduce him after two days, he left for the area, and because he was an experienced and trained person when he entered the area, he was chosen as a diver and was lost during the operation. Narrator: Talat Saber